Or, How No Language is Any More (or Less) Difficult than Any Other

Lessons I learned from Latin

How did Latin speakers remember which case a word goes in, and its form, as they spoke? We probably all wondered about this question at some time or another. I remember studying Latin in middle school (it’s mandatory in Italy) and being absolutely baffled at the thought that such a byzantine language could have been spoken fluently at some time in the past as I struggled to learn by heart dozens of declension tables as well as lists of environments which required the presence of some case or another (and even longer lists of exceptions to those lists!). The Romans must have been geniuses with prodigious memories who would probably find Italian a ridiculously simple and unsophisticated language to learn.

Then one day, in high school, I stumbled upon a textbook which used a different method to teach Latin from the one I was used to: it taught it as a living language. No more declension tables, no more long lists of baroque rules, no more grand examples of complicated rhetorical stylings; instead, it had everyday dialogues, going from simpler to more complex, and bite-sized grammar sections. Suddenly, Latin became easy: with the help of a dictionary, I could read and write in it with a reasonable degree of proficiency (which, alas, I’ve largely lost).

Had I become a genius? Did I start seeing my native Italian as a boorish, simplified version of the language of Rome? Absolutely not. All that changed was the way the language had been taught to me. That was the day I learned that no language is any more difficult than any other. Also, everything’s easier when you learn it as a baby, and the Romans spoke Latin since they were born, no declension tables necessary.

Latin is by no means the only language to be considered particularly difficult: we’ve all heard how difficult it is to learn Chinese, with all those ideographs[1] to learn, and with words being so ambiguous and whatnot; or Finnish, which has 15 cases and innumerable verbal inflections. Also, it’s a national pastime for everyone[2] to regard their language as the most complex to learn for foreigners, because that makes you feel oh-so-intelligent. 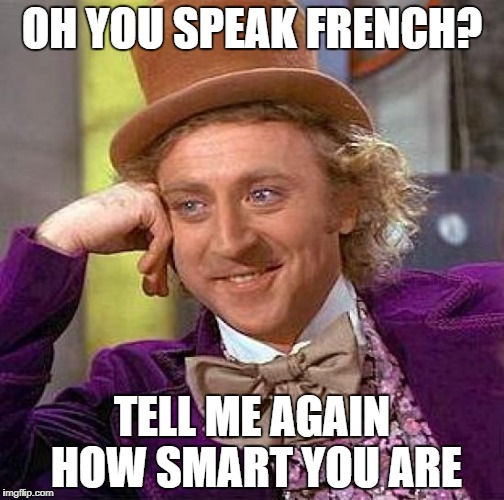 The idea that some languages are inherently more complex than others is, unsurprisingly, another legacy of the dastardly Victorians and their colonialist obsession with ethnocentric nationalism.

It was, of course, in the interest of Eurocentric racists to paint foreign languages as being either primitively simple and unsophisticated, or bizarrely and unnecessarily complicated (damned if you do, damned if you don’t). If this sounds familiar, it’s probably because you’ve read our post on phonaesthetics a few weeks ago, where we found out that the same reasoning was applied to how a language sounds.

Those Victorians… never happy until they’ve enslaved, massacred or culturally neutered someone different from them. Bless their little hearts.

My task today is showing you how this is not really true at all, and how your failure to realise your dream of learning Ahkwesásne Mohawk is more due to a lack of proper learning materials rather than any difficulty inherent in the language itself.

It all depends on your point of view

So, am I saying that all languages are equally simple in all their aspects? Well, no. While all languages are more or less equally complex, how that complexity is distributed changes from language to language. For example, while it is undeniably true that Finnish is far more morphologically complex than English, phonologically speaking English makes it look like toddler babbling. 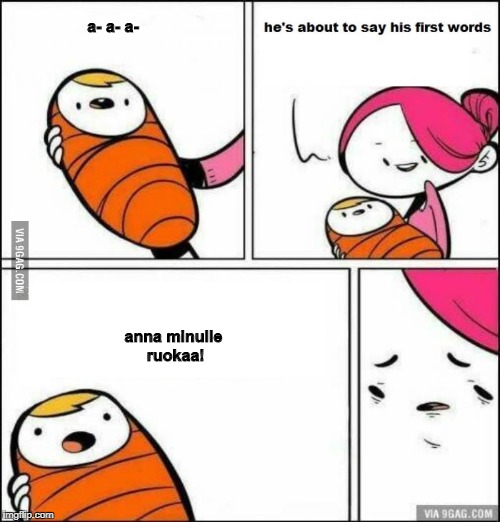 Amazingly, although complexity might be distributed differently from language to language, overall the different parts balance out to make languages more or less as complex as each other. We don’t really know how this happens: various mechanisms have been proposed, but they all have fatal flaws. It is one of the great mysteries of linguistics.[3]

“But why do I find French so difficult, Riccardo?” you scream through a haze of tears as you once again fail to understand how the past subjunctive is of any use in any language ever. Well, the answer is that how difficult a language is to learn for you depends on your first language. Specifically, the more similar two languages are in their distribution of complexity, the easier it is for speakers of each to learn the other. If the languages are related, then it becomes even easier.[4] So, Mandarin Chinese might well be very difficult to learn for an English speaker, due to its very simple morphology, rigid syntactic structure and tonal phonology; but, say, a Tibetan speaker would find it much easier to learn than English, because the two languages are distantly related, and therefore have similar structure.

The moral of the story

And so, once again, we come to the end of a post having dispelled another widespread linguistic misconception.

Even though these myths might seem rather innocuous, they have real and sometimes very serious consequences. The idea that some languages are more or less complex or difficult to learn than others has, over the centuries, been used to justify nationalist, racist, and xenophobic sentiments which have ultimately resulted in suffering and sometimes even genocide.

What we need to do with languages is learn them, share them, preserve them, and speak them, not pitting them against each other in a competition over which is the best, most “logical”, most difficult or better-sounding one.

So enjoy the amazing diversity of human languages, people!

Stay tuned for next week, when Sabina will answer the old question: is English really three languages stacked upon each other wearing a trenchcoat?