Hi there! Remember how we go on and on about prescriptivism, and how these weird language norms are stressed in classrooms despite them having no basis in how we actually speak?
Well, language attitudes and norms do not only affect native English speakers, but also interferes with the way English is taught as a second language.

If you’ve read my posts about Standardisation and Bad English, you will be familiar with the idea that some varieties of English are perceived to be better than others – standard British English is usually considered particularly desirable. When I started learning English, 15-20 years ago (gulp!), it was still the norm in Swedish schools to teach this variety. This lead to some interesting prescriptive teaching: Being brought up in Sweden, where foreign-language tv and films are subtitled rather than dubbed, we primary-schoolers were already quite proficient in American English lexicon and expressions. However, we were taught that some of the things we had learned were not correct, for example that we should say flat instead of apartment or trousers instead of pants (although, we did not know yet that the latter meant underwear in British English). We were given these British words not to use as an alternative, but to use instead of the American words we already had a comfortable grasp of. This even stretched to pronunciations; instead of pronouncing the weekdays in the, for us, intuitive way, ending with a diphthong, as in Monday (/mʌndeɪ/), we were told to use the, now quite archaic, RP pronunciation Mondi’ (‘mʌndi’). 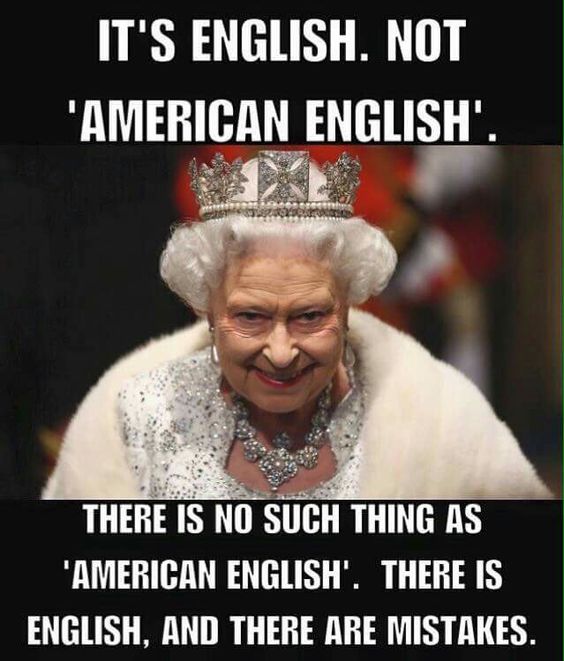 Another friend from Hong Kong (where English is actually an official language and many are bilingual), recalls being told in English class that you must not use the expression ‘long time no see’ as it is “Chinglish” and therefore not proper. Of course this expression is well established in English, even if its origin is likely to be a mapping of English words onto some Chinese variety1:

This example shows some of the problematic attitudes towards post-colonial English varieties, and how these attitudes can even be internalised by the speakers themselves; the fact that this expression has its origins in Chinese overshadows how fixed the expression is in standard English, so much so that this English teacher wanted their students to distance themselves from it. In general, post-colonial English varieties such as Chinese or Indian English do not have the same status as, for example, British or Australian English, and this is often due to mere ignorance: linguistic innovations in such varieties are often seen as imperfections, features of foreign accents, because many do not understand that they are spoken as a first language. Even if American English is much more accepted in Swedish schools today, the idea that one form of English is more appropriate to be taught still remains. Sure, there is a point in teaching one style of English when it comes to formal writing, but this is a much later stage in most people’s English education. Teaching English-learning children that certain forms of English are wrong, despite that they’ve heard them being used and already have acquired them, might affect their confidence in speaking English – and may have more severe confidence effects for those who speak a post-colonial English variety as a first language. As always, prescriptivism disallows variation, and thus makes languages way more boring.

2Thanks Riccardo for providing the Mandarin translation! The mapping works on Cantonese as well, and it is unclear which language is the origin.