If you’ve read my mini-series about Scots (here are parts 1 and 2) you are probably more aware of this particular language, its history and its complicated present-day status than before. With these facts in mind, wouldn’t you find it un-intuitive to think of Scots as “Bad English”? In this post, I want to, in a rather bohemian way, explore the problematic idea of Bad English. That is, I want to challenge the often constraining idea of what is correct and what is deviating; once again, we will see that this has very much to do with politics and power1. 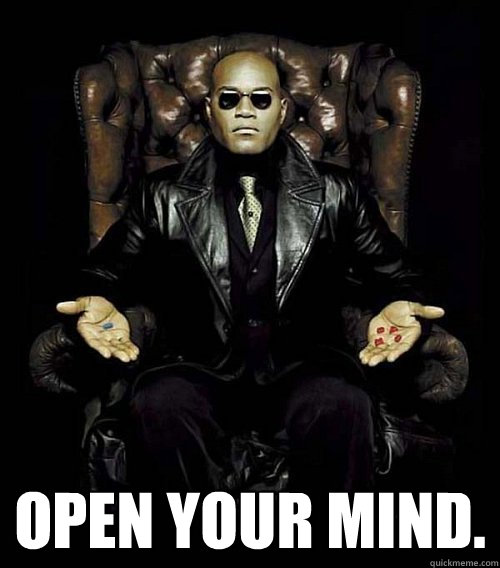 We have seen that Scots clearly has a distinct history and development, and that it once was a fully-functioning language used for all purposes – it was, arguably, an autonomous variety. However, during the anglicisation of Scots (read more about it here) English became a prestigious variety associated with power and status, and thus became the target language to which many adapted Scots. This led to a shift in the general perception of Scots’ autonomy, and today many are more likely to perceive Scots as a dialect of English – that is, perceive Scots as heteronomous to English. This means that instead of viewing Scots features, such as the ones presented in my last post, as proper language features, many would see them as (at best) quirky features or (at worst) bastardisations of English2.

As an example of how shifting heteronomy can be, back in the days when the south of (present-day) Sweden belonged to Denmark, the Scanian dialect was considered a dialect of Danish. When Scania (Skåne) became part of Sweden, it took less than 100 years for this dialect to become referred to as a dialect of Swedish in documents from the time. It’s quite unlikely that Scanian changed much in itself during that time. Rather, what had changed was which language had power over it. That is, which language it was perceived as targeting.

When we really get into it, determining what is Bad English gets more and more blurry, just like what I demonstrated for the distinction between language and dialect way back. There are  several dialectal features which are technically “ungrammatical” but used so categorically in some dialects that calling them Bad English just doesn’t sit right. One such example is the use of was instead of were in, for example, Yorkshire: “You was there when it happened”. What we can establish is that Bad English is usually whatever diverts from (the current version of) Standard English, and this brings us to how such a standard is defined – more on this in a future post.

Scots is, unsurprisingly, not the only variety affected by the idea of Bad English. As Sabina recently taught us, a creole is the result of a pidgin (i.e. a mix of two or more languages to ease communication between speakers) gaining native speakers3. This means that a child can be born with a creole as their first language. Further to this, creoles, just like older languages, tend to have distinct grammatical rules and vocabularies. Despite this, many will describe for example Jamaican Creole as “broken English” – I’m sure this is not unfamiliar to anyone reading. This can again be explained by power and prestige: English, being the language of colonisers, was the prestigious target, just like it became for Scots during the anglicisation, and so these creoles have a hard time losing the image of being heteronomous to English even long after the nations where they are spoken have gained independence.

In the United States, there is a lect which linguists call African-American Vernacular English (AAVE), sometimes called Ebonics. As the name suggests, it is mainly spoken by African-Americans, and most of us would be able to recognise it from various American media. This variety is another which is often misunderstood as Bad English, when in fact it carries many similarities to a creole: during the slave trade era, many of the slaves arriving in America would have had different first languages, and likely developed a pidgin to communicate both amongst themselves and with their masters. From there, we can assume that an early version of AAVE would have developed as a creole which is largely based on English vocabulary. In fact, AAVE shares grammatical features with other English-based creoles, such as using be instead of are (as in “these bitches be crazy”, to use a offensively stereotypical expression). If the AAVE speakers were not living in an English-speaking nation, maybe their variety would have continued to develop as an independent creole like those in, for example, the Caribbean nations?

Besides, what is considered standard in a language often change over time. A feature which is often used to represent “dumb” speech is double negation: “I didn’t do nothing!”. The prescriptivist smartass would smirk at such expressions and say that two negations cancel each other out, and using double negations is widely considered Bad English4. However, did you know that using double negation was for a long time the standard way of expressing negation in English? It was actually used by the upper classes until it reached commoner speech, and thus became less prestigious5. This is another example of how language change also affects our perception of what is right and proper – and as Sabina showed us a while ago, language changes will often be met with scepticism and prescriptivist backlash. 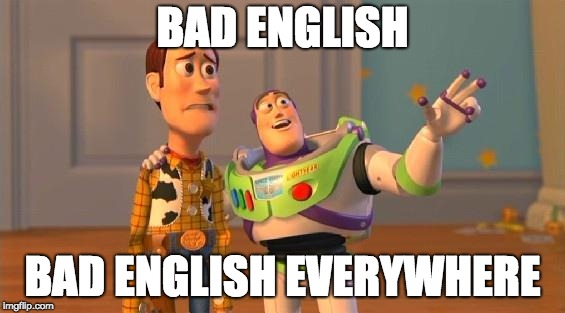 What the examples I’ve presented show us is that less prestigious varieties are not necessarily in the wrong, just because they deviate from a standard that they don’t necessarily “belong to” anyway. It can also be argued that, in many cases, classing a variety as a “bad” version of the language in power is just another way of maintaining a superiority over the people who speak that variety. The perception of heteronomy can be a crutch even for linguists when studying particular varieties; this may be a reason why Scots grammar is relatively under-researched still. When we shake off these very deep-rooted ideas, we may find interesting patterns and developments in varieties which can tell us even more about our history, and language development at large. Hopefully, this post will have created some more language bohemians out there, and more tolerance for Bad English.

1While this post focuses on English, this can be applied to many prestigious languages and in particular those involved in colonisation or invasions (e.g. French, Dutch, Spanish, Arabic, etc.)

2Within Scots itself there are also ideas of what is “good” and what is “bad”: Urban Glaswegian speech is an example of what some would call ‘bad Scots’. Prestige is a factor here too – is not surprising that it’s the speech of the lower classes that receive the “bad” stamp.

3 Not all creoles are English-based, of course. Here is a list of some of the more known creoles and where they derive from.

4There are other languages which do fine with double negation as their standard, without causing any meaning issues – most of you may be familiar with French ne…pas.

5Credit goes to Sabina for providing this example!